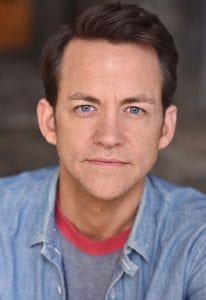 Ryan King is an award winning actor, screenwriter, improviser and stand-up comedian. He graduated from The Second City Chicago’s Improvisation & Comedic Acting program and has since studied sketch comedy with Kevin McDonald of the Kid’s in the Hall, screenwriting with Michael C. McCarthy of Saturday Night Live, and advanced scene study under Caroline Locorriere of the Nashville Acting Studio.

As a stand-up comedian he has been a featured performer for Kevin McDonald, Dusty Slay, DJ Pryor, Chris Killian and Scott Phillips. In 2015 he joined the Nashville stand-up community in an eighty hour performance that broke the Guinness World Record for the Longest Stand-up Comedy Show. He is a five-time winner of the Nashville’s Funniest Comic Award.

His has provided voice work for The Rhoads Group, the University of North Georgia, the Tennessee Lottery, Tennessee Wesleyan University, and Geek at Night.

His screenwriting can be seen in productions for RTS Consulting, Savant Learning, Summer Play Days and Love Is.

He is married to singer/songwriter, Carrie King and currently lives in Atlanta, Georgia where he works as an actor, voice-over artist, screenwriter and as an improv instructor for Drama Inc.